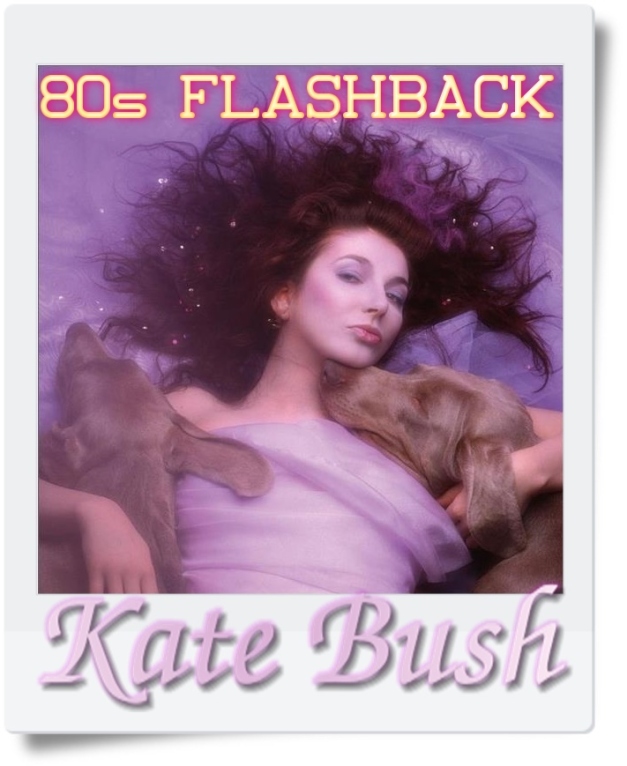 British singer/songwriter Kate Bush’s idiosyncratic style has proved immensely popular in her homeland and around the world. Her debut single, “Wuthering Heights,” hit #1 in the U.K. a month after its release in January 1978 and went onto become the year’s best-selling single there and in Australia (only Abba was more popular in Western Europe).

But except for “Running Up That Hill” (#30, 1985), Bush has yet to achieve the same broad popularity in the U.S., though her albums, particularly her later, more mature works, have been critically well received. Nonetheless, she has proved a major influence on artists such as Sinead O’Connor, Jane Siberry, Bjork, Tori Amos, and Dolores O’Riordan of the Cranberries.

Bush was something of an art-rock prodigy. The daughter of a British physician, Bush began playing the piano at the age of 11. She had been writing songs for two years when family friends told Dave Gilmour of Pink Floyd about the 16-year-old’s four-octave range and interest in the supernatural. Gilmour financed the demo tape that got her signed to EMI.

Because of her age and developing talent, she spent the next two years studying music, dance and mime and writing the songs for her first album, recorded in 1977 under the supervision of Gilmour and producer Andrew Powell (Pink Floyd, Alan Parsons, Cockney Rebel). The album was preceded by the release of “Wuthering Heights.” The song’s runaway success also spurred sales of the Emily Bronte novel. Pat Benatar covered the song on Crimes of Passion.

The Kick Inside went to the U.K. Top 10, and two singles —”The Man With the Child in His Eyes” (#85, 1987) and “Wow” from Lionheart —made the Top 20. Bush’s double EP of concert recordings also cracked the Top 10. She sang on Peter Gabriel’s eponymous 1980 album, and her elaborately theatrical self-produced The Dreaming, which entered the U.K. chart at #3, shows his influence. Soon thereafter, she constructed a state-of-the art studio in her home, where she records. A known perfectionist, Bush uses the studio as an instrument, much the way Brian Wilson did, and her recordings evince a range of influences and styles, from Celtic to Middle Eastern music, and a mastery of rock and pop idioms, from lavish ballads to hard rockers.

Her next release, The Hounds of Love (#30 U.S., #1 U.K., 1985) featured her biggest U.S. single, “Running Up That Hill,” as well as two other U.K. Top 20 singles, “Cloudbusting” and the title track. Her 1986 retrospective album and video, The Whole Story, was another #1 U.K. hit. With The Sensual World, Bush returned to literature for her inspiration, namely James Joyce’s Molly Bloom, on whose soliloquies in Ulysses Bush based the title track’s concept. This Woman’s Work is a box set.

After a four-year hiatus, Bush returned with the ambitious (some critics thought confused) The Red Shoes, its title taken from the 1948 Michael Powell film (which was based on a Hans Christian Andersen tale) about a young ballerina. Bush, who had long been directing her own evocative videos, wrote, directed, and costarred (with performance artist-mime master Lindsay Kemp and actress Miranda Richardson) in her own 50-minute film. After six years without any solo activity, Bush started work on a new album in 1999; as of this writing, it had not yet been released. ~ by RS Magazine