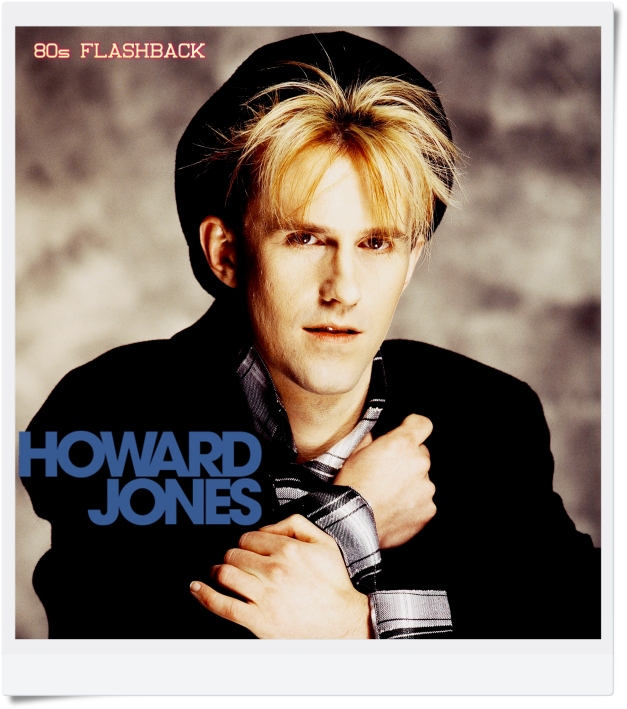 Howard Jones was one of the defining figures of mid-’80s synth pop. Jones’ music merged the technology-intensive sound of new wave with the cheery optimism of hippies and late-’60s pop. Jones racked up a string of hits in the mid- and late ’80s before he retreated into being a cult figure in the ’90s.

A native of Southampton, England, Jones learned how to play piano at the age of seven. By the time he was a teenager, his family had relocated to Canada, which is where he joined his first band, a progressive rock group called Warrior. Eventually, Jones moved back to England, where he played in a number of different groups. In the mid-’70s, he enrolled in the Royal Northern College of Music. After he dropped out, he played with a variety of local Southampton jazz and funk bands. Eventually, Jones began performing as a solo artist with synthesizers and drum machines. For these one-man concerts, Jones had a mime named Jed Hoile perform. After a few years of solo performing, Jones attracted the attention of John Peel, who offered the keyboardist a BBC session. Soon, Jones was opening for new wave synth pop acts across England. By 1983, he had signed with WEA in England and Europe; in America, he signed to Elektra.

Howard Jones released his first single, “New Song,” in England in the fall of 1983 and it became a big hit, peaking at number three. His second single, “What Is Love,” was released a few months later and it reached number two. Humans Lib, Jones’ debut album, was released in the spring of 1984 and quickly rose to number one in England. Thanks to repeated exposure on MTV, the album became a moderate hit in the U.S. Later in 1984, “New Song” and “What Is Love” became American Top 40 hits, while “Pearl in the Shell” became his third British Top Ten single.

In 1985, Jones phased Hoile out of his live show, formed a touring band, and released his second album, Dream into Action. The record became his most successful, reaching number ten and going platinum in the U.S., spawning the hit singles “Things Can Only Get Better,” “Like to Get to Know You Well,” “Life in One Day,” and “Look Mama.” In the spring of 1986, he released Action Replay, an EP of remixes that featured a new version of “No One Is to Blame” from Dream into Action. “No One Is to Blame” became Jones’ biggest U.S. hit, peaking at number four. The relatively weaker chart placement of number 16 in the U.K. was indicative of his future in England — his next single, “You Know I Love You…Don’t You?,” taken from his third album One to One, became his last British Top 40 hit.

Jones released his fourth album, Cross That Line, in the spring of 1989. The first single from the album, “Everlasting Love,” became a number one adult contemporary hit in America, reaching number 13 pop. However, the album stalled at number 65. Jones returned three years later with In the Running, a set that saw him abandoning synthesizers for piano. The album didn’t make the charts. Following the release of The Best of Howard Jones in 1993, Elektra dropped him. Instead of seeking a new record contract with another major label, Jones hit the road in 1994, performing acoustic shows. At the 1994 shows, he sold Working in the Backroom — an album he recorded at his home studio and released on his own label, Dtox Records — at his concerts. For the next two years, Jones continually toured America and Europe. In 1996, he released Live Acoustic America on PLM Records; People followed two years later. Three live albums — 2000’s Perform ’00, 2001’s Perform ’01, and 2002’s The Peaceful Tour — were released before 2005’s Revolution of the Heart offered fans some new material. ~ Stephen Thomas Erlewine